Started by a team of Estonian founders in Tartu, eAgronom provides farmers with a set of convenient and intuitive digital tools that significantly simplify daily and seasonal farm management. In October this year, the company raised a seed investment round of EUR 1m from European VCs including Black Pearls VC, Trind Ventures, TMT Investments, United Angels VC and angel investors from the previous round.

eAgronom is a web and mobile platform where farmers can manage and oversee their entire farm, employees and fields in real time. As a planning and management tool for grain farmers eAgronom helps them to achieve significant economic gains and reduce risks by proper planning and task timing in sowing rotational system. Case studies show that eAgronom helps save farmers tens to hundreds of thousands of euros per year. With headquarters in Estonia and over 35 top specialists on board, eAgronom has already rolled out in 9 european countries and is already used to manage over 700,000 hectares (out of 50M in total grain hectares in EU). 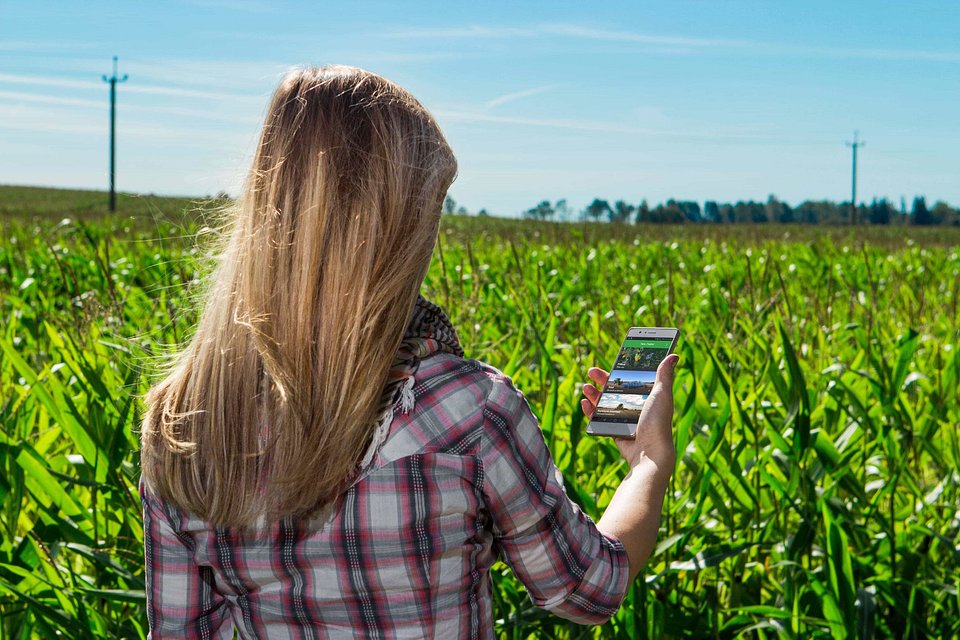 eAgronom was founded by Robin Saluoks and Stenver Jerkku only 2 years ago. Robin’s first company was started when he was 17 years old. The firm is still active and employs 50 people. Being raised in a family of farmers, it was Robin’s work on the family farm which served as his inspiration for starting eAgronom – and solving the problem of farm management efficiency once and for all. For his work at eAgronom, he received the Young Entrepreneur of the Year award in 2018 in Estonia.
Stenver Jerkku has created the technology of the eAgronom platform and built the roots of engineering team in eAgronom. He is a graduate (MSc in computer science) of the Faculty of Software Engineering at the University of Tartu. Before devoting himself to the eAgronom project, Stenver has gained experience in multiple startup ventures, including the successful startup SaleMove Inc, and was a lecturer at the University of Tartu at the Faculty of Software Engineering in multiple engineering courses.

With additional funding, we plan to move towards the vision of helping farmers make financially and ecologically smarter decisions by making data about their farming activities accessible and easy to understand.  The funds will be used to improve platform’s agronomical and financial analysis modules to help calculate how agronomical decisions affect financial results. The investments will also help scale sales and support teams to bring more farmers into digital age.

But there’s more than funding. All the investors in this round have given us valuable knowledge that we will use to  grow the business.  International VCs, target market investors and builders of successful SaaS start-ups - they all support and help us focus on our long-term strategy. This is crucial for building a company that is going to optimize the entire food industry.

As for the Black Pearls VC team, Marcin P. Kowalik (Managing Partner) and Aleksander Dobrzyniecki (Investment Manager) were involved in the investment transaction. The investment has been carried out from the LQT Fund II, created as part of the National Center for Research and Development BRIdge Alfa program.

eAgronom is our another investment in the Baltic Sea region implemented as part of the investment strategy of building the fund's position in this ecosystem. We admire the fresh look of the team at the agricultural market and its needs. The market of farm management software is growing very dynamically. It is the perfect moment to offer comprehensive and well-designed solutions created by people who know the sector so well.

Agriculture has reached the tipping point where more and more farmers globally are seeing the benefits planning and managing their activities digitally. With their sharp focus on driving farm efficiency, eAgronom is ideally positioned to take advantage of this trend and become the leading company in digital agriculture in Europe. We are proud to have joined the round that will enable the founders to move towards executing their vision.

I mean, how many startup teams have their own field? Literally, their own plot of land to gather some grasp of what farming really means? The entire team is utterly passionate about a topic that truly matters, and that’s noteworthy. Plus, they pulled off raising half a million investment from their own users! This should be inspirational to all the founders out there.

We stay dedicated to highly effective and promising startups of which eAgronom stands out. The agro space is one of the oldest one, however the methods and tools used by farmers are still very basic and low tech, we liked how eAgronom addresses the problem and makes farming process simple and efficient.

At first it seemed puzzling how they have managed to gain their customers trust in such a conservative field, but after  visiting the guys in the office I got my answer. The professionalism and will to do something really meaningful really thrives every single one of them and you can sense the passion in the room.

eAgronom is a farm management software company that aims to make digital tools accessible for all farmers and help them make better financial and ecological decisions. Founded just 2 years ago in Estonia, eAgronom captured 70% of local market in 6 months and has since then expanded to 9 countries and raised 2M EUR.  Over 35 top specialists from companies like Stripe, Heap Analytics, Nortal, SaleMove, TransferWise and ZeroTurnaround  have joined their forces to have a real impact on the food industry and the World. https://eagronom.com

Started by a team of Polish founders in New York, Deep.BI creates advanced AI-based analytical solutions for digital media publishers. In May this year, the company raised a seed round of PLN 4.8 m (EUR 1,1 m) total  from Black Pearls VC (PLN 3m, EUR 700k) and a few Poli...

10 ways you can use Autenti for personal purposes

The Autenti electronic signature can be used not only by companies but also by private individuals. The scope of e-signature usage is very wide and significantly simplifies everyday life.